Is Early Bar Prep Worth It?

Find out if an early start to bar prep is the right approach for you. 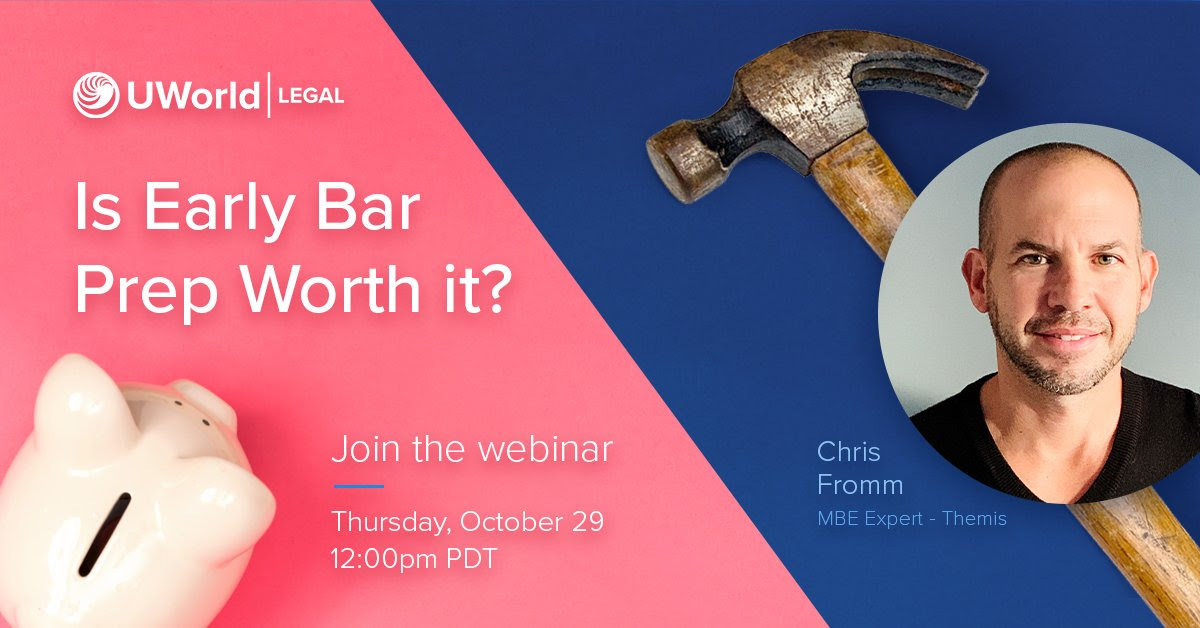 Starting your bar prep early could significantly impact your exam outcome or be a big waste of time. Consider the pros and cons of studying early so that you can determine whether early bar prep is right for you.

Join us on Thursday, October 29, for an enlightening webinar hosted by Chris Fromm, an MBE® expert and law professor with over 20 years of experience preparing thousands of students for the bar exam. Chris will address the pros and cons of starting early, the best way to prepare if you choose this route, and tips on how to develop the skills you need to ace the MBE.

In this webinar, you will learn about:

Live attendees will be entered into a drawing to win either FREE and EARLY access to UWorld’s MBE QBank (a $449 value) or $449 OFF the Themis Bar Review Course.

Chris Fromm is an MBE expert and an adjunct law professor who has passed the bar exam in Pennsylvania, New York, New Jersey, Colorado, Arizona, Oregon, and Hawaii.

Chris has offered classes at more than 20 schools nationwide, teaching a wide range of topics and student groups, including 2Ls, 3Ls, and LLMs. Additionally, Chris has enjoyed national prominence as the MBE Expert, appearing on panel discussions, being featured in blog posts, and regularly contributing to bar-focused podcasts.

Chris is a former assistant district attorney who served Philadelphia’s residents from 1999 to 2005. Chris lives with his wife and son in Redwood City, California.

Select a date and time for your webinar

Registration is no longer available for this webinar